How to build your own parking sensor with Arduino

In this tutorial, we will learn how to build your own parking sensor using a arduino and distance sensor and matrix 5×7.

Project circuit diagram is shown below. 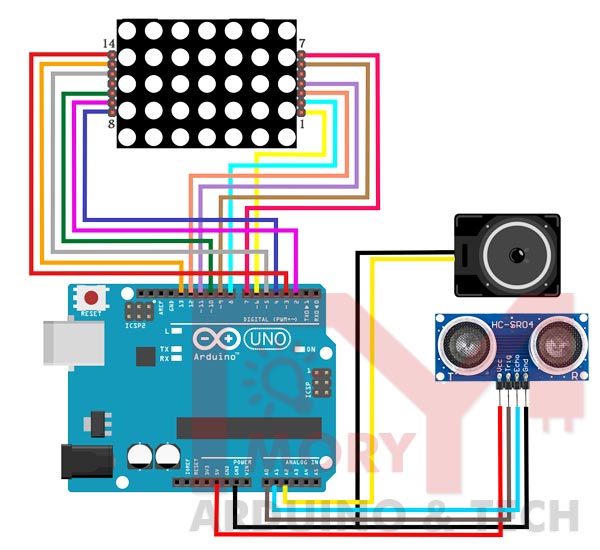 If you enjoyed experimenting with blinking LEDs, then you’re getting to love LED matrix modules. An LED matrix module consists of several rows and col-umns of LEDs that you simply can control individually or in groups. the instance that we’ll use has seven rows and five columns of red LEDs for a complete of 35 LEDs.

The SR04 is a very powerful and commonly used distance/proximity sensor. And that is what we are going to look at first. The SR04 sensor emits ultrasonic waves which are sound waves at such a high frequency (40 kHz) that they are inaudible to humans. When these waves come across an object, some of them get reflected. These reflected waves get picked up by the sensor and it calculates how much time it took for the wave to return. It then converts this time into distance.

In reality it is going to look something like this, much messier than the Fritzingcircuit depicted in the previous screenshot : 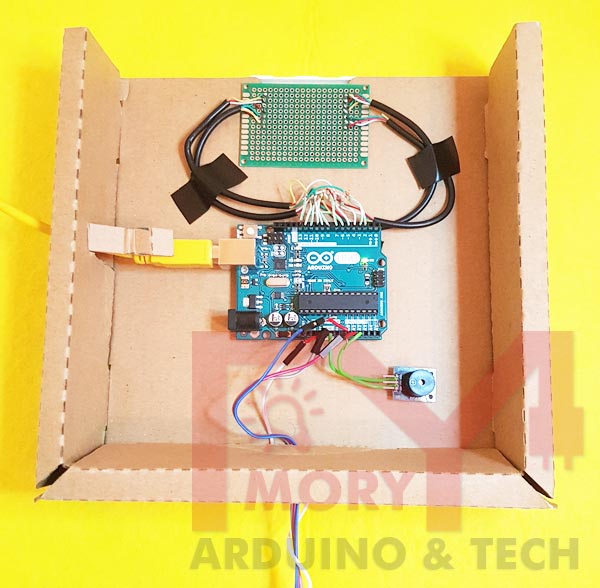 Link to the Code :

How to use Sensor (HC-SR501) with Arduino

Control Light with a Clap Using Arduino And Sound Sensor